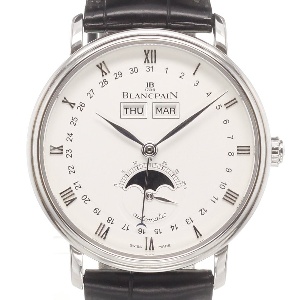 Blancpain is a luxury watch company that was founded in Switzerland. One of the most notable things about this watch manufacturer is that, since it was founded in 1735, it is the oldest surviving watchmaker in the entire world. Blancpain was founded by Jehan Jacques Blancpain, who set up his very first workshop in his own home.

Blancpain is known for being very traditional and somewhat old fashioned, despite the fact that they are known for modernizing the production and manufacturing of wrist watches. Many other watch manufacturers produce large numbers of their models per day to accommodate the large demand for their watches. For example, Rolex makes around two thousand watches per day. However, Blancpain manufacturers less than thirty watches each day. In addition to this, each watch is made by one single watchmaker.