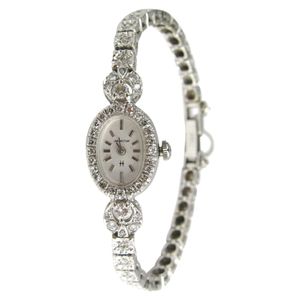 Pioneering, practical, precise: Hamilton uses a unique combination of Swiss precision and American spirit to create distinctive, versatile watches for aficionados and style conscious individuals alike. Hamilton has a long history and has achieved numerous milestones, all of which have contributed to making Hamilton the strong, internationally renowned watch brand it is today.

Hamilton has its roots firmly in the U.S.A. where it was established in 1892. Lancaster, Pennsylvania was the site of the original Hamilton factory and the company was based there for the first 111 years of its life.

Hamilton first made its name during the early days of the American railroads. As the country built its crucial infrastructure, Hamilton began supplying accurate watches that were credited with helping to prevent and reduce accidents by synchronizing timing on the rails.