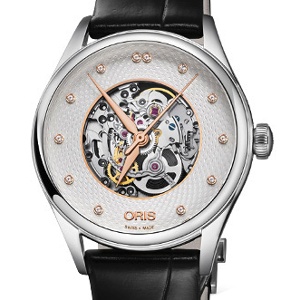 Oris SA is a Swiss luxury manufacturer of mechanical watches. The company was founded in 1904 and is based in Hölstein in the canton of Basel-Landschaft.

Like many other Swiss watch manufacturers in the early 1980s, Oris was on the verge of closure. Managing Director Dr Rolf Portmann – who was instrumental in the reversal of the Watch Statute – and Head of Marketing Ulrich W. Herzog took over the remainder of the company in 1982 as part of a management buyout. Soon after, the newly formed and independent Oris SA elected to abandon quartz and produce solely mechanical timepieces in the mid-price segment. Oris made its last quartz watch in the early 1990s.

Since the turn of the millennium, the company has concentrated on the worlds of Diving, Culture, Aviation and Motor Sports. Since 2002, the Red Rotor has served as Oris's registered trademark and distinguishing feature. In 2004, the Quick Lock Crown system was developed, which only requires a single clockwise turn of 120 degrees to secure it in place. In 2009, Oris introduced the Rotation Safety System, a device that locks the uni-directional rotating bezel of a diving watch into place, preventing accidental adjustment under water. Oris patented the Oris Aquis Depth Gauge, its first mechanical depth gauge, in 2013. It allows water into a channel via a small hole at 12 o’clock. Water enters the hole under pressure, creating a watermark that corresponds to a depth gauge. In 2014, Oris celebrated 110 years of watchmaking with its first in-house-developed calibre for 35 years. Calibre 110 was a hand-wound movement that featured a 10-day power reserve and a patented non-linear power reserve indicator. 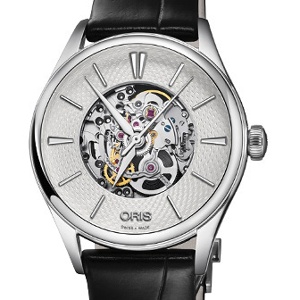 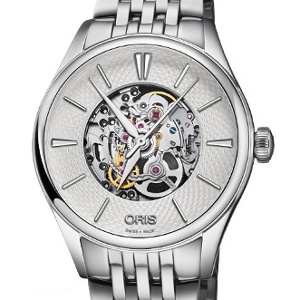 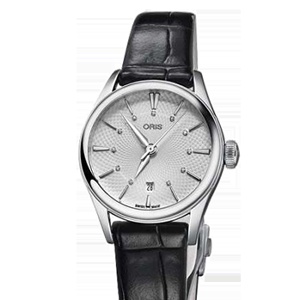 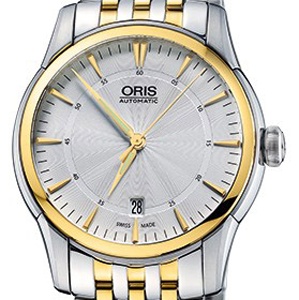 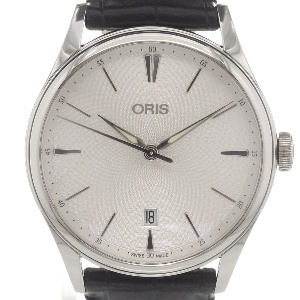 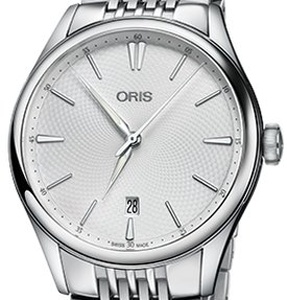 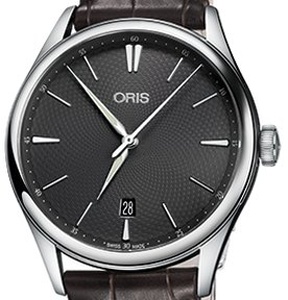 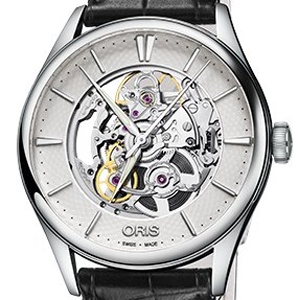 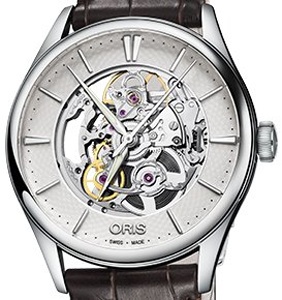 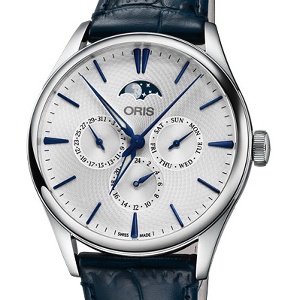 Today’s Price: $1,280
Notify me when
Any website
Embed code that works on all website platforms.
Copy and paste the following embed code to any section on your pages just before the closing </body> tag of your website template file.
<div class="ws-product" data-id="78" data-picture="yes"></div><script src="https://cdnpull-1c091.kxcdn.com/handler/endpoints.handler.js"></script>
Preview
Price tracking activated.
We'll send you email once price drops.
WatchSignals uses cookies to ensure you get the best experience on our website. By continuing to browse, you agree to our cookie policy.