Who was Jacques Gevril? 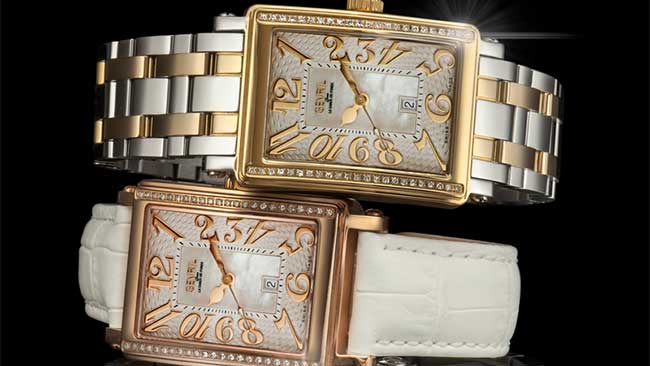 If you are an avid watch enthusiast, the name ‘Gevril Watches’ won’t be very alien to you. The Swiss company has a history of more than 250 years and is one of the luxury brands in the market today. Featuring iconic classical looks combined with present-day technology, Gevril watches are made for people who are partial to old-fashioned timepieces and chronographs. This company has a wide range of offered products and even owns a sub-brand called GV2 Watches.

However, at one point in history, all this was merely an idea in the mind of Jacques Gevril. Who was Jacques Gevril? He was the Swiss clockmaker who first founded the company back in 1758. Gevril was born in 1721 in La-Chaux-de-Fonds. At the age of 22, he came up with his first chronometer, and a year later in 1744, he created his first repetition dial. In 1758, he was appointed as the king’s watchmaker and this was the point in his life that led to his recognition and public acknowledgment.

Appointment as the Royal Clockmaker

In 1758, Jacques Gevril went to Madrid with Pierre Jacquet-Droz; who was also a clockmaker at that time. The trip was made so that Jacquet-Droz could present his merchandise to the ruler of Spain, King Ferdinand VI. Impressed by the clocks, King Ferdinand purchased them for a sum of 2,000 pistoles.

Afterward, Jacquet-Droz returned to Switzerland while Gevril was appointed as the royal clockmaker. He stayed in Spain for many years, all the while perfecting his craft and making clocks for the Crown.

The watches manufactured by the brand do not merely fall in the category of expensive, luxury timepieces. Rather, owing to the rich history and the signature elegant style used in the manufacturing, Gevril products are valuable collectibles; especially pocket watches. Their worth can be gauged from the fact that one pocket-watch is kept in the Museum Genève and one is owned by the Wilsdorf family (the founders of Rolex).

Is GV2 a luxury brand?

Yes, it is. If you head over to the Gevril online store, you will see that the most inexpensive GV2 watchin the ‘Men’ and ‘Novelties’ category costs more than $2,000. The price goes up past $3,500 for some products as well. However, the luxuriousness of a brand cannot be decided just by large price tags. Among others, the aspects that largely contribute to the exoticness of Gevril watches are the exquisite craftsmanship and the associated historical sentiments.

The old timepieces released by the company, that are pre-owned by customers, become more valuable over time and can be sold for a lot more than the initial cost. This enduring worth is the factor on the basis of which the brand can be termed ‘luxurious’.

From where did Gevril Watches originate?

Like many other popular timepiece brands, Gevril Watches has a Swiss origin. Jacques Gevril, the founder, was born in Switzerland. The place where he practiced his craft and honed his skill was Spain, where he was appointed the Royal clockmaker by King Ferdinand VI. The headquarters of the company was situated, up until now, in La-Chaux-de-Fonds.

While the company was first founded by its namesake, Jacques Gevril, it is now owned by Samuel Friedmann. The company was acquired by Friedmann in 2001. Although the initial effort made by the company to penetrate the US market was impeded by the incident of 9/11, it nevertheless persevered.

Friedmann expressed his desire to retain the old-fashioned and classical look of Gevril watchesso that the core and crux of the company is maintained. Although the headquarters has been moved to the USA, the workshop where the pieces are made is still back in Switzerland.

Until the somewhat recent acquisition by Friedmann, Gevril Watches was not in a very favorable position with regards to its reputation. From the demise of the original founder till 2001, the company was on a decline and the public acclaim was dwindling.

After the acquisition, however, things started to look up for the Swiss brand. The innovative designs released for the American audience brought about a positive change for the company.

The Modern Era of Gevril Watches

One of the favorable aspects that can be observed in Gevril now is the large variety of customers it caters to. For people who require something modern and in touch with the times, buying a GV2 watchis a suitable choice. Although GV2 does offer some retro and classical products, the majority of the series has a futuristic and techy appearance.

Then there is the category of buyers that are fond of the good-old art deco style and prefer to have a watch that reflects the theme of the ’20s and ’30s. For such a market, the innovative series ‘Avenue of the Americas’ is a good choice to opt for. The Avenue of the Americas timepieces feature a signature rectangular dial along with Italianate numerals and mechanical movements.

Finally, in order to fulfill the thirst of the true fans of Gevril, there is the 1758 pocket-watch collection. While the original pocket-watches made in the past are now coveted collectibles, the Gevril 1758 pocket-watch series is a good substitute for customers craving for the antiquated 18th-century look.

The company Jacques Gevril founded back in 1758 still endures. Under the management of the new owner, the brand was revitalized and the historical name popped up again in the watch industry. Although the reputation was set on a decline from the time of the original founder, it has now improved under the ownership of Samuel Friedmann.

If you are looking to buy a GV2 watch, all you have to do is head over to the online store and browse through the collection to find the piece suited to your taste and preference. Although the newer products by the company have adopted a more modern appearance, customers who are fond of the old-fashioned designs are still catered to by watches such as the ‘Avenue of the Americas’ series and the 1758 pocket-watch collection.