Everything you need to know about the Junkers Watches 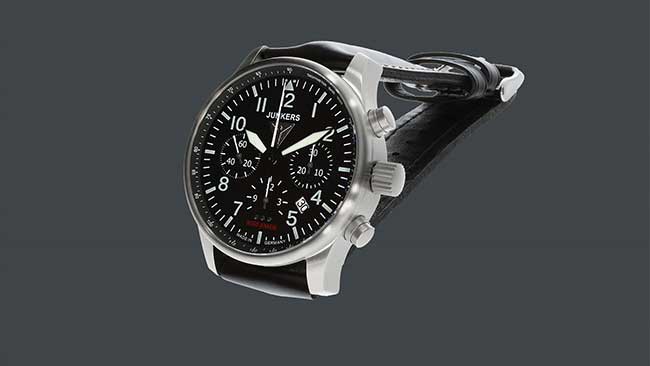 Junkers Watches made by Hugo Junkers and his companies are a quintessential example of fine craftsmanship. The Junker Watches are a class apart and yet affordable. They are especially popular for making pilot’s watches. In this article, we will read everything about Junkers watches.

Junkers Watches are Made in Germany by a company started by Hugo Junkers (1859-1935). The man was a visionary. He is particularly credited with his pioneering work towards civil aviation. As an inventor, he was doubted by his peers but he proved his ingenious. He was successfully able to show that metal can be utilized for flying purposes and it is viable to ferry heavy loads and passengers long distances safely. Thus, the first civilian aircraft was born. In the year 1895, Hugo Junkers started his own company called Junkers. The Junkers planes were used to transport people and goods as well. By the 1920s and 1930s, almost every major airline in the world was using Junkers planes. Some of the planes are in exhibition at the German Museum in Munich. Others are showcased at the International Munich airport and still, few are being utilized today for local tourist flights. The Junkers planes were reliable.

In the area of military aviation, Junkers supplied aircrafts to the German military. Hugo Junkers is a well-respected and prominent personality even today.

Being a great engineer and a craftsman, Hugo Junkers brought two things together- great design and good artistic work.

Junkers Watches are made to celebrate the achievements of Hugo Junkers and his associated companies.

Designed by Hugo Junkers’s grandson Bernd Junkers, Junkers Watches are a symbol of classic and timeless design. According to Bernd Junkers, he tried to create, improvise and preserve his grandfather’s legacy. In fact, he sometimes allows entry into the ‘Archive Bernd Junkers’ where private notes of Hugo Junkers and designs and images are preserved.

Are the Junkers Watches Made in Germany?

Staying true to the modern world mantra of the international division of labor, all parts of the Junkers watches are made by special manufactures in various countries like Switzerland and Japan. However, the final assembling of the Junkers Watches takes place in Germany, hence they are Made in Germany.

The Junkers watch has been taken over by Pointtec, a German watch manufacturer, although it still remains a family business. Pointtec manufactures both Junkers watch and Zepplin watches too.  However, there is no change in the present series of Junkers watch or the way the watch works, etc.

Are Junkers Watches of Good Quality?

Junkers started as an independent brand and continues to be one today. Junkers Watches are guaranteed to be of distinctive and brilliant value due to German engineering design and craftsmanship. Plus, they provide a 2-year warranty. They manufacture simple and minimalist design watches.

There are several Junkers Watches series. These are mentioned below-

Eisvogel F13 Series: In the year 1923, Junkers F13 Eisvogel completed its flight over Spitsbergen and this series is named so to commemorate this journey.

Expedition South America Series: This series of Junkers Watches has both men’s and women’s collection. The series is named so after the 1923 Junkers journey from Cuba to Argentina.

Mountain Wave Series: Named after the expedition that flew over Mount Everest, this series has a striking blue dial.

Tante Ju: It’snamed after the erstwhile safest aircraft, this series of Junkers watches is a symbol of fine workmanship.

Hugo Junkers- to celebrate the 150th anniversary of Hugo Junkers, this series was launched.

Cockpit JU 52: This watch named after the cockpit of JU 52, the same fineness is seen in the dial and casing of the Cockpit JU 52 series Junkers Watch.

Is Iron Annie the same as Junkers?

About 33 years ago Wilhelm Birk founded a company called Pointtec and further innovations took place in the art of watchmaking. They produce several timepieces out of which two-thirds of their production is done by Junkers.

Recently Junkers decided to rebrand their company and dropped the name Junkers. The new brand name is Iron Annie. The company is still managed by Hugo Junkers’s family. The name is adopted from the JU52 aircraft series which was later renamed, Iron Annie. True to its original namesake, the Iron Annie watches are a symbol of high-quality, innovative, sturdy, and aesthetically appealing watches. These watches are Made in Germany as well. More recently, in the year 2013, a brand new series of Junkers watches has been launched by Charlotte Junkers, who happens to be the great-granddaughter of Hugo Junkers and daughter of Bernd Junkers.

How much does a Junkers watch cost?

A Junkers watch can cost anywhere between $600 AUD to $3000 AUD. Although, sometimes one can lay their hands on a Junkers watch during the sale period on various online shopping portals.

Where can I buy Junkers Watch?

A Junkers watch can be purchased from any high-end store that sells customized pieces. Online shopping portals like Amazon are a good option to explore as well. Junkers watches can be bought from their official website too.

Owning a Junkers watch isn’t just a status symbol. It is like wearing a piece of history on your wrist. The designs, originally drawn by Hugo Junkers, are stylish and very much in fashion even today. Both men and women can indulge themselves in this luxury brand.