Pasha de Cartier and Everything You Need to Know About it 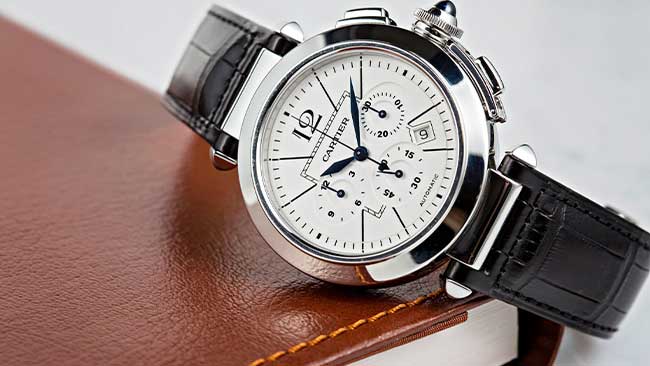 The Pasha Cartier watch collection was launched in early 1985 and was subsequently discontinued about a decade ago. However, it was reintroduced by Cartier in April 2020 and is still one of the preferred luxury watches of our time. It has a resemblance to the original 1985 edition but in some ways, they are poles apart.

According to the legend, the Pasha of Marrakesh ordered a watch that was one-of-a-kind. The watch was designed by Cartier and was supposed to keep up with an active lifestyle. The watch was named after the Pasha of Marrakesh. The design of these exquisite watches was inspired by royalty and designed by Gerald Genta who worked with Cartier to make the Pasha watch. The watch is available in two versions – stainless steel and gold. The house of Cartier relaunched its collection to compete with Audemars Piguet, Royal Oak, and The Patek Philippe Nautilus.

Pasha is a title given to high-ranking officials in the Ottoman empire which is similar to the knighthood in the United Kingdom. It was a tribute to the Pasha of Marrakesh who was a lifelong customer of the designer, Louis Cartier. The watch was built to last and was waterproof. It was encased in gold and drew the admiration of the Pasha and the rest of the royalty. The watch has a modern design and exemplifies the sporty luxury lifestyle of those days. The watch became a must-have accessory not only among men but also women.

The Resurgence of the Pasha Cartier Watch

The new Pasha de Cartier collection comes in two case sizes – 41 mm and 35 mm. it is marketed as a unisex watch as the design appeals to both male and female customers. The watch is described as a jewelry piece and features the standard three hands and is fitted with a mechanical automatic movement. It also has the unique “QuickSwitch” strap changing system. The watch was commissioned by the Pasha and was supposed to be waterproof.

The collection design was composed of three-hand models.  These watch casings are made from different materials and come with mechanical automatic movements and include Cartier’s patented ‘QuickSwitch’ strap changing feature.

Cartier gained recognition when Louis, Jacques, and Pierre were at the helm. Indian maharajas, European royalty, and other nouveau rich clients were drawn to the Cartier house for its exclusivity and international name. Most of their business was commissions by the rich. One request by the Maharaja of Patiala was for setting his 1000 carat diamond ceremonial necklace which was a prestige assignment.

Unique Designs That Sets Them Apart

The Cartier watches had unconventional shapes and took inspiration from other objects. It had key features like Roman numerals, sapphire cabochon crowns, and railway minute tracks. Cartier classics have a lifetime after which they are withdrawn. Sometimes some of these models are reintroduced with features and shapes that are currently in vogue and this attracts a new generation of luxury watch lovers.

Cartier Pash watches are fitted with the “Caliber 1847 MC” movement. This movement was developed and manufactured in-house by Cartier. With a diameter of size 25.6 mm it is relatively smaller than the standard Cartier movement. It ticks at an impressive rate of 28,800 vph and has a power reserve of 40 hours. Cartier uses special non-magnetic nickel phosphorous parts that resist magnetic fields encountered during everyday use.

Some features of the Cartier Pasha Watch

There are applied indexes at 3, 6, 9, and 12 o’clock, and has blue hands. The round-shaped watch has a square in the middle with a trapezoid blue marker inside the square. The date window is rather small and difficult to read. But then, these days most people check the date on their mobile phones.

Crown With a Chain

One of the main features of the Cartier Pasha watch is the Crown. The watch has a uniquely designed winding crown with a blue spinel cabochon. The crown is hidden under the fluted crown cover. The crown itself is secured by a chain to the body of the watch. Cartier can customize the lever to include an engraving of your initials or your beloveds’ initials. You can then screw the crown cover back on. This will make your watch water resistant up to a depth of 100 meters.

How Much Does a Cartier Watch Cost in India?

Luxury watches cost a lot. Cartier is no exception. These watches are available in so many different models and within each model you have variations. These watches are also available as refurbished, pre-owned, and unworn. These are substantially cheaper than the new ones. The average lowest cost of a Pasha Cartier can be around ₹ 5.5 lakhs and a new one can average around ₹ 9.0 lakhs. Frankly, the Pasha de Cartier is not everybody’s cup of tea.

How is it Different From the Existing Crop of Luxury Watches?

When one compares Pasha Cartier with other luxury brands you will notice that design-wise, there is a lot of difference. The difference and the exclusivity of the designs make it a runaway success for today’s luxury watch lovers.