Is Pasha de Cartier a Watch Worth Buying 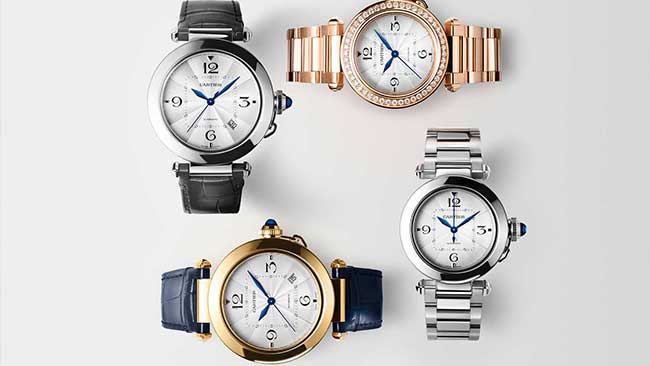 Pasha heralds the golden age of luxury watches since its inception as one of the top names in the realm of watch collections since 1985. The Pasha has undergone a series of ups and downs. But after nearly a decade of slumber, the brand has awakened and is more than ever ready to take the watch world by storm with two new case sizes of their Pasha de Cartier variants, a 35 mm and a larger 41 mm.

Aside from the tourbillon and skeletonized models that show its high jewelry vibe fashion, their core collection also comes with three-hand models that include various materials included inside a mechanical movement design for their QuickSwitch strap changing system.

So, how did the brand go about with its latest transformation? Read on to learn more about the legend behind the Pasha de Cartier’s new timepiece collection.

Looking Back at Its Glamorous History

The story behind the Pasha de Cartier starts back in 1932 when the SUltan of Marrakech decided to turn to a French Maison to create a sports watch that can be worn wherever whenever, whether it be bathing.

This is the reason why the Pasha de Cartier is considered the first waterproof watch of the brand. It was then included in the Cartier collection a decade after in 1943 where it gained more recognition.

Its screw-down crown cap cover utilized the case fixation chain which made it even more advanced for its time. It also has guards around the crystal that protected it against falls or any kind of shock.

Four decades after, globally acclaimed watch designer Gerald Genta decide to make a modern Pasha, and the brand picked it up fast and launched it in 1985. The Pasha de Cartier collection was then officially launched to the global market in 1995.

Since its world unveiling, the Pasha received a number of incarnations with the help of Cartier professional George Cramer. The watch then included a trench-watch style covered with crystal surroundings its grid along with gold accents.

Living in the Modern World of Luxury Watches

The all-new Pasha de Cartier is now available in two main sizes. One is the 41 mm model that includes a data indicator.

The other is a smaller 35 mm model that doesn’t have the date. Both are in premium gold and steel. However, the large 41 mm comes in yellow gold. On the other hand, the smaller 35 mm is in the more youthful pink gold color.

The Pasha de Cartier is basically a square in a circle which makes it a unique timepiece to have if you are into unique and sophisticated looks.

What makes this stand out is that it has a square chapter rin along with some Arabic numerals surrounded by quarters inside a round case.

But the most striking part about the Pasha de Cartier is that it has a crown cover screw-down design. The crown is also directly attached to the case via a small chain link. There is also a small area that can be engraved at the behest of the user.

The all-new Pasha de Cartier comes with a quick-change system which they call the QuickSwitch.

Its steel bracelet even has its so-called SmartLink system that allows the owner to adjust the bracelet’s length according to their desired size. You can even add and remove links without using any tool.

Many might say that it resembles the old version greatly. Well, it does, but it comes with more advanced technology, making this even more valuable than previous versions.

First off is its movement, the much more accurate Cartier 1847 MC caliber that uses nickel-phosphorus aluminum alloy for its chronometry components.

Furthermore, there is also a screw-down crown that gives more tactile aesthetics for those who want an interactive watch. This contributes to the Pasha de Cartier’s high water resistance rating, rated at 100 meters or 10 bar.

This makes it a great choice if you are an active person who wants to use this watch in different situations such as in formal events or even in sports. It seamlessly makes it a very versatile timepiece that speaks of glamor and elegance.

Getting the steel 41 mm version comes with a strap and bracelet. You even have two bracelet choices to choose from, along with the 35 mm. Meanwhile, the 35 mm model still comes with a rose gold pink color for its strap.

This adds a more updated and modern look to it, which is what it needs to capture the attention of the youth today who are already a bit distanced from what real watches should like due to the influx of new smartwatches.

There is no doubt that the Pasha de Cartier is one elegant-looking luxury timepiece because of its looks and vibe.

It is a watch that includes the collective taste of many enthusiasts which brings back the nostalgic vibe of its original variant. What’s more, is that this is one iconic and legendary brand that boasts of its royal ties to monarchs of long ago.

If you are looking to bolster your timepiece collection with a watch that includes a colorful history and connects itself to royal monarchs and precision engineering in jewelry, then the Pasha de Cartier is for you.

Not only does this speak of utmost aesthetics, but it also showcases the epitome of what it is like to combine both luxury timepieces and jewelry in one single setting, the Pasha de Cartier.