Patek Philippe vs Rolex Watches: A Comparison of Two of the World’s Finest Timepieces 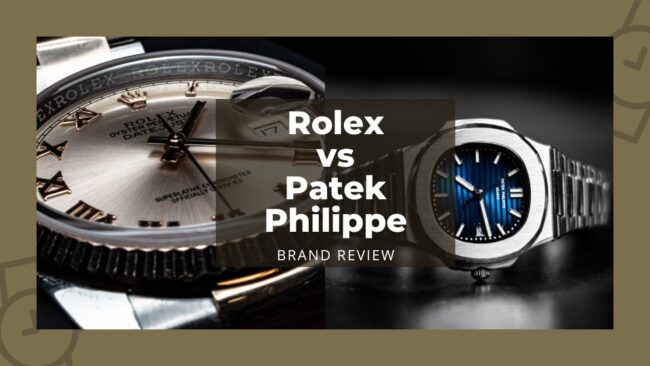 When it comes to luxury watches, few brands are as renowned and sought-after as Rolex and Patek Philippe. Both of these companies have a long and illustrious history of producing some of the world’s most exquisite and high-quality timepieces, and their watches are considered to be among the best in the world.

However, despite their shared reputation for excellence, there are some key differences between Rolex and Patek Philippe that set them apart from one another. In this article, we will take a closer look at these differences, and compare the two brands in terms of their history, craftsmanship, and reputation.

Rolex was founded in 1905 by Hans Wilsdorf, a German-born businessman who had a passion for precision timepieces. Wilsdorf initially operated out of London, but eventually moved his company to Geneva, Switzerland, where it remains headquartered to this day.

Patek Philippe, on the other hand, has a much longer history, dating back to 1839 when it was founded by Polish watchmaker Antoni Patek and his business partner Adrien Philippe. The company quickly gained a reputation for producing some of the finest and most complicated watches in the world, and it has remained at the forefront of watchmaking innovation ever since.

When it comes to craftsmanship, both Rolex and Patek Philippe are known for their exceptional attention to detail and dedication to quality. Rolex watches are made using only the finest materials and components, and the company’s manufacturing processes are strictly controlled to ensure that each watch meets its high standards.

Patek Philippe, meanwhile, is known for its intricate and highly complicated movements, which are often decorated by hand using techniques that have been passed down from generation to generation. The company’s watches are also made using only the finest materials, and its watchmakers are among the most skilled and experienced in the world.

In terms of reputation, both Rolex and Patek Philippe are considered to be among the world’s most prestigious and sought-after luxury watch brands. Rolex is known for its iconic and timeless designs, as well as its association with success and achievement. The company’s watches are worn by some of the world’s most successful and influential people, and its brand is synonymous with luxury and status.

Patek Philippe, meanwhile, is known for its long and illustrious history, as well as its association with elegance and refinement. The company’s watches are highly sought-after by collectors and connoisseurs, and its brand is considered to be the pinnacle of luxury watchmaking.

In conclusion, Rolex and Patek Philippe are two of the world’s most renowned and highly regarded luxury watch brands. Both companies have a rich history and a reputation for exceptional craftsmanship, and their watches are considered to be among the best in the world.

However, while both brands are known for their dedication to quality and attention to detail, there are some key differences between them. Rolex is known for its iconic and timeless designs, as well as its association with success and achievement, while Patek Philippe is known for its long and illustrious history, as well as its association with elegance and refinement. Ultimately, the choice between Rolex and Patek Philippe will depend on personal preference and individual style.