Where are Ressence watches manufactured? 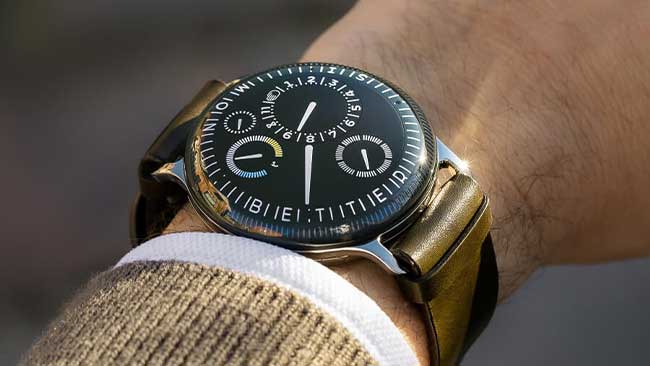 A German clockmaker invented what is believed to be the first” modern” watch in the 15th century. It was a primary machine with nothing ostentatious about it. Now watchmaking is nothing short of an industry, and many countries have a proven prowess in it. These countries earn precious foreign exchange in export earnings and employ the local workforce. This article will discuss the famous Ressence watches brand, its roots, manufacturing base, and how it is faring in the competitive world of luxury watches.

It is not an old brand by any reckoning, especially when we take into account that many of the famous watchmakers are hundreds of years old. Ressence watches on the hand is very young. It came into existence in 2010 only and hailed from Belgium. So, in comparison to the much older and established brands, it is rightly the new kid on the block. But the kid has matured quickly and carved a place for itself in this brief time. Its rather unusual and interesting name is the compendium of two English words, namely, “Renaissance” and “essence.” In other words, it envisages the spirit, the essence of renaissance, which was innovation, a departure from the status quo, and new beginnings. These elements are intrinsically present in Ressence watches. As the founder of this company Benoit Mintiens aptly puts it,” Built on the expertise of yesterday, crafted with today’s technology, our watches are designed for tomorrow.

The journey of Ressence watches:

The brand made its international debut in 2010 at the prestigious Baselworld watch fair to the delight of watch enthusiasts everywhere. The first batch of 50 watches came out in the ensuing spring, titled funnily enough “Zero-series.” Perhaps the company wanted the name to represent the digit zero as everything starts from it symbolically. The following spring, the company launched a new series of watches, titled the “Series One.” It offered some significant upgrades from the zero-series. Among the changes, there was a shock absorption system, slumped lugs, the elimination of screws to restrain sapphire, and some minor changes to the time module. It was in the year 2012. These changes got a warm reception from both the critics and the customers. And the ball is set rolling for Ressence watches. It got a “special mention” from judges at the World Exhibition in Geneva as early as 2011, even before the “Series One” release. The critical acclaim continued in 2012 when WatchPro considered it Watch of the Year for innovation. In 2013 the company came up with its third line of watches, this time titled “Type 3,” showing no abatement in its propensity to name its watches after digits. The launch once again happened at the Baselworld watch fair and got rave reviews. One of the first watches dispensed with a crown, and industry pundits termed it the new watch direction.

The first-ever oil-filled mechanical watch debuted in this series and held everyone’s attention. In the same year, the Belgian newspaper LeSoir voted it the Men’s watch of the year and awarded it the Horological Revelation Prize at the Grand Prix d’Horlogerie de Genève. In 2015, the company came up with the first-ever mechanical diver watch that was perfectly readable underwater. The success story continued when in 2016, The Foundation de la Haute Horlogerie declared that Ressence watches comply with the Haute Horlogerie standards of excellence. This ultimate yardstick measures the delicate synergy of technology and refined aesthetics in watchmaking. It was an incredible accomplishment for a young brand like Ressence watches and a testament to their dedication, passion, and watchmaking abilities. In 2018, it introduced e-crown, the automatic setting technology for mechanical watches. And in 2019, the company launched one of its kind fine mechanical watch with a smart crown system. For all these remarkable achievements, the company has won several prestigious awards and recognitions from industry experts, publications, and different organizations, and it continues to enthrall and impress everyone.

Being a Belgian brand, the company started its manufacturing operations from Belgium too. The Zero-series was manufactured entirely there. For the manufacturing of the next series, Series-one, the company moved its manufacturing base to Switzerland. It combined its forces with Montres Ludovic Ballouard in Geneva, Switzerland, for this purpose. As everyone knows, the Swiss craftsmen enjoy a formidable reputation when it comes to watchmaking, and the company decided to capitalize on that. The results have been nothing short of spectacular as Ressence watches established a stellar reputation in the global market and is synonymous with quality, groundbreaking innovation, and new techniques.

The design concept of Ressence watches:

Its design philosophy is simple as it harmonizes functionality with simplicity. It sorts of reintroduced and popularized the use of rotating discs and rings in watches. This element got missing after its introduction in the 1970s and up unit the early 90s. Some people find Ressence watches challenging to read time, but it has generally got positive feedback, and the company has made good use of it. The rotating discs and rings are etched with Super-LumiNova for better visibility. The mechanical display module displays AM/PM, hours, minutes, and seconds.

That was all about Ressence watches, their history, and where it is headed for now. The brand has created a unique name for itself among the comity of different watch brands. It takes inspiration from the past, fine-tunes it, adds some cutting-edge innovation to the mix, and voilà, you have done it. The brand is all set to continue its success streak in the future as well.