Where Ressence Watches are Manufactured 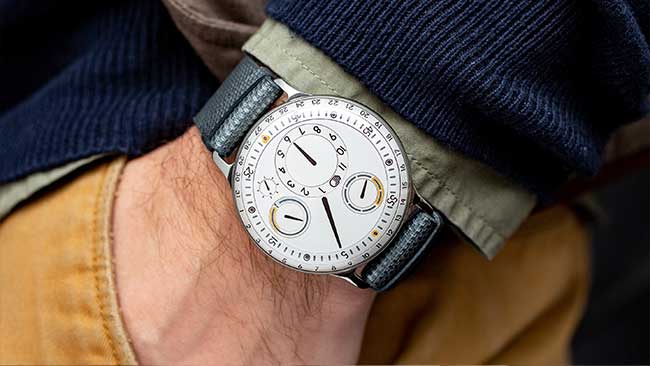 Not all watches have original ideas. In fact, watches have been one of the most stagnant things on the planet when it comes to innovation.

What usually happens is that you just see new designs and features tweaked, refined ideas, and edited new styles. But what is rare is that well-designed formulas and ideas don’t usually come up.

But then again, it’s a bit intimidating to know about because of the new ideas and designs behind it. That is what this article is about. Because here, I’ll talk to you all there is to know about Ressence and how they work.

Where are Ressence Watches manufactured?

Ressence markets itself as a watch brand that is beyond the normal realms of design, features, and systems.

In fact, they say that they are beyond hands, industrial design, and fine watchmaking. This shows the level of focus and importance they have when it comes to innovation.

However, this has two effects on both sides, much like how other watches are made in Switzerland.

“Our watches are produced and assembled in Fleurier, Locle and Chaux de Fond. (CH)” – Benoît Mintiens

The company highlights a strong connection to fine watchmaking, with skills passed down from hundreds of years ago. But it’s more than just that as they have also been continuously developing and innovating new ideas to improve their watches.

Not only have they learned from tradition, but they also have moved beyond it by welcoming innovation.

This is what makes Ressence an interesting watch company. They don’t just create new watches that follow old designs. But they create new ideas that are functional and at the same time aesthetic.

Knowing More About the Ressence Type 3

A good example of Ressence’s excellence in innovation is the Ressence Type 3.

What is most interesting about this is that it looks like a different kind of smartwatch because of its seemingly curved AMOLED touch-screen display panel. But it is not. In fact, it’s the real thing with a real dial and is powered by a real mechanical movement.

It even has an avant-garde dial but there are no pixels on its screen, nor does it have a screen. It shows the pinnacle of watch development at its finest.

A Unique Kind of Luxury

The first time that you see a Ressence watch, be prepared to get a bit disoriented or surprised because of its different kind of system and design.

What usually happens with people who are not that familiar with Ressence is that they see the watch as an electronic smart device with a high pixel density touch-screen display.

But this isn’t the case, of course. People are used to seeing smartwatches these days that they tend to associate Ressence’s Type 3, or generally speaking, all watches of Ressence, like a smartwatch.

But that is completely normal because of the way it looks. In fact, the minutes indicator of the Type 3, as well as its hours, day, date, and functions, as well as the oil temperature gauge, seems like it’s part of the sapphire crystal’s surface.

Hence, people think that it’s a smartwatch with a touchscreen display. It is just an illusion, though.

In fact, Ressence watches are all mechanical and the basic caliber is an ETA 2824. The display also doesn’t consist of hands. Instead, it has smaller disks that are set into a series. There is also a larger disk below the smaller disks.

This larger disk then rotates once every hour, which is driven off by the cannon pinion of its base caliber.

But what seals the deal for this one is that it has a satellite feature that gears up the smaller disks and allows them to turn at different speed intervals to show along with the hours.

So, what makes Ressence watches seem like a smartwatch? And how does their cool visual illusion work? Well, that’s because Ressence uses oil on its watches. The oil is stored on the display and features a refractive index that is similar to transparent sapphire.

The Refractive index might seem too technical for average folks. But it’s not that hard to understand. In fact, the mechanism is simple.

It is simply a number rating that dictates how fast light can travel in a space vacuum than another material. An example of this is water which has a refractive index of 1.33. This means that light can travel 1.33 times faster inside water.

This is a scientific but simple trick that shows how refractive index works, and that’s what the professional watchmakers at Ressence did. It’s just like dipping a piece of glass into oil to create the illusion that the things below it are on the surface.

This is why Ressence watches look like smartwatches because smartwatches have touchscreen displays that have all of their objects seem to be on the surface. But really, they aren’t.

In fact, they are just below the surface just like any ordinary watch. However, what makes Ressence watches extraordinary is the oil that’s placed between the surface and the mechanical system.

This creates an optimal visual illusion where the mechanical system looks like they are high-pixel density displays of a touchscreen smartwatch.

Also, note that glass and oil have nearly identical refractive index measurements. This then makes the glass look like it has disappeared. And that’s what makes Ressence watches on a whole different level of timekeeping.

This Swiss brand shows that the watch industry still has a lot of room for growth and that it can still keep up with innovation even if it seems like it has reached its pinnacle.

Ressence paves the way for a new breed of watches that combines new technology with superior aesthetic brilliance.