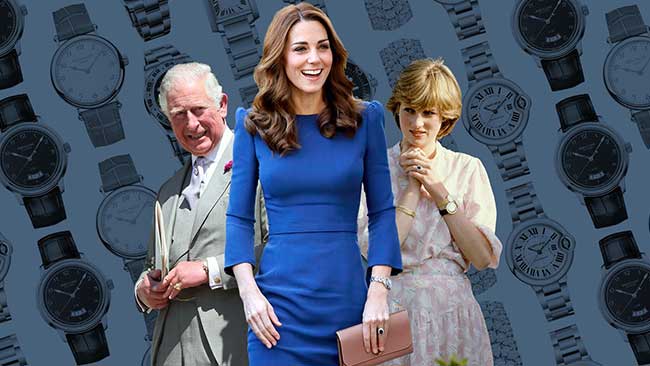 With recent controversies, more and more people pay attention to the lifestyle of the British royal family. With Oprah Winfrey’s interview, we all can learn about how royal life works. Today we hope to add another chapter to that. In this article, we will talk about the type of watches royal family members wear. It is a well-known fact that Prince William wears Omega Seamaster Diver 300Mwatch.

Why is that Prince William adored this Omega watch so Much?

This Seamaster 300M watch was given to him by his mother, Princess Diana. He received this watch as a gift when he was 12 years old. Since that day, it was a precious item for him. In 2011, he wore it to his wedding too.

So, what makes these Omega Seamaster Diver 300Mwatches so special?

To talk about the Omega watches, we need to go back to 1848. It all began in Switzerland inside of a small workshop. In the first three years, Louis Brandt gathered moderate income from this small watch business. But, he was able to expand his business across Europe and other countries in the next few years. After he died in 1879, his sons took over the family business, and after six short years, they were able to launch the Labrador watch.

Here are some historical events regarding Omega watches.

With this impressive history and reputation, the Omega watches became one of the favorite items in the royal family’s jewelry collection.

It has become a tradition and fashion for the royal family to wear these fantastic Omega wristwatches. But, the royal family members wear brands like Patek Philippe, Rolex, Cartier, and many more. So, let us find out more details about the royal family’s watch collection.

Queen Elizabeth II was very passionate about wristwatches even before she was Queen. This passion led to collecting some iconic watches, and she became a watch collector.

In 1953 at her crowning, she wore a Jaeger 101 watch. She wore this watch for many years. With a fantastic bracelet, this watch possesses the world record for minor movement.

Also, she wore a Patek Philippe watch. It has a bezel set with 30 diamonds.

The Queen is rumored to have over 14 luxury watches. From that collection, her favorite was the Omega Ladymatic. This watch featured in her official portrait that was taken in 1992. In her collection, she has Audemars Piguet watch too.

Prince Charles wore a Patek Philippe Calatrava. This model was used by him when he was playing polo. He believed that it could bring him luck. You can see in this famous photo Princess Diana wearing this watch during Prince Charles’s Polo match.

Prince William wears an Omega Seamaster Diver 300Mwatch. This watch was an exceptional item for him. Because it was a gift from his mother, Princess Diana, he never goes outside without wearing it. He wore this blue dial masterpiece to his wedding too.

Prince Harry has an astonishing watch collection, and most favorite model is Rolex Explorer II. He ordered this watch when he was serving at Attack Helicopter Regiment. This model is a limited edition.

Kate Middleton may be the next Queen in the British royal family with an inspirational and quiet lifestyle. She wears a classic Cartier Ballon Bleu model. She wore this watch during the official New Zealand and Australia trip in 2014.

For 25 long years, Prince Andrew has worn his Rolex Day-Date model. He was spotted a few times wearing this iconic watch.

More Facts about these Omega Watches

The British royal family is very fond of luxury watches. As you can understand from this article, Queen Elizabeth II and Prince Harry both are luxury wristwatch collectors. Among all these brands, Omega is the most favorite brand for the royal family. Even nowadays, Prince William wears his Omega Seamaster Diver 300Mwatch.