The History of Seiko Monster 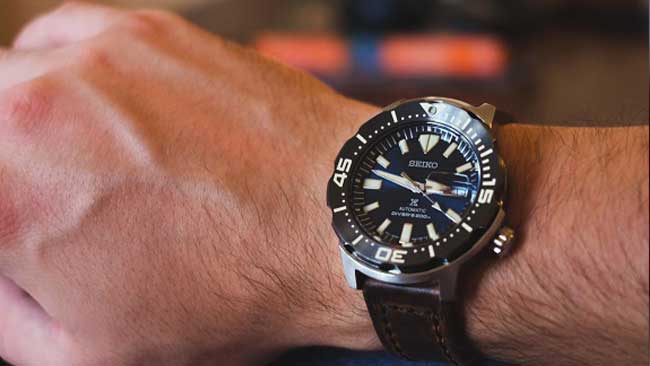 Seiko, the Japanese watch brand, is famously known to bring out the first-ever quartz wristwatches. Not only this, but they were also the first to introduce a chronograph complication into a quartz watch.

With several successful wristwatch models and series, they bring about a revolution in the dive watch market with unique designs of the Seiko Monster launch in 2000. The Seiko Monster series perhaps has the shortest history among other wristwatch series by Seiko.

Launch of the Seiko Monster

With these features, the Seiko Monster was originally introduced as Seiko SKX779 in the year 2000. The design, especially the shielding is thought to be borrowed from the Seiko Tuna series. With the first generation of Seiko Monster, the series progressed and receive lots of love from Seiko Monster fans.

While the original Seiko Monster series is considered to be the true Monster, but many sub-series like mini-Monster, night Monster, etc. were also introduced later.

Wondering why the Seiko SKX779 series came to be known as the Seiko Monster? Well, it is all due to its size and look when it was first launched in 2000.

Let’s talk about the size first. Though a large dial is in trend these days, back in 2000 the 38 mm dial of the Seiko SKX779 was considered giant.

And the look adds up more of the monstrous theme to the watch. The indexes or markers on the dial look like the pointed fangs of a vampire. The yellowish hue and the dial background color, all add up to resemble a Monster.

And the Seiko series was known to withstand a lot of beating thanks to the robust frame and sturdy design.

Well, combining all these features and looks one can say that the Seiko series was aptly given the name Monster. And the fun fact is, people love this Seiko Monster.

The Seiko Monster series acquired all the features one can expect from this Japanese watchmaker brand. Coming out from the Seiko 5 series, expect the following from the Monster

Apart from the features that a dive watch should inherit, the above qualities make the Seiko Monster stand out.

Initially, Seiko Monster was launched with two robust models- Seiko Orange Monster and Seiko Black Monster. However, many limited additions of other models were later made available. Let’s have a look at the different models.

The Seiko Orange Monster was officially launched as the SKX781 in 2001. And the Monster has captured the eyes and heart of the Monster fans with its loud neon orange color. Even the scientific community approved the color stating orange is the most visible color underwater, making the divers leap for the classic Orange Monster.

The Seiko Black Monster is not behind in attracting fans towards it. With a chrome bezel and black dial will be much easier to fit with your wardrobe. A lume that can glow for up to 8-10 hours in the dark and a power lasting 42 hours makes divers hearts throb for this Monster.

The classic Seiko Monsters were no wonder adored by the fans, but many limited additions were also produced. Let’s have a look.

The Seiko Monster has survived four generations so far with added features every time. Though the classic orange and black Seiko Monsters are considered legends, other limited Monsters have a good reputation.