Top 10 Most Expensive Pocket Watches Ever Made 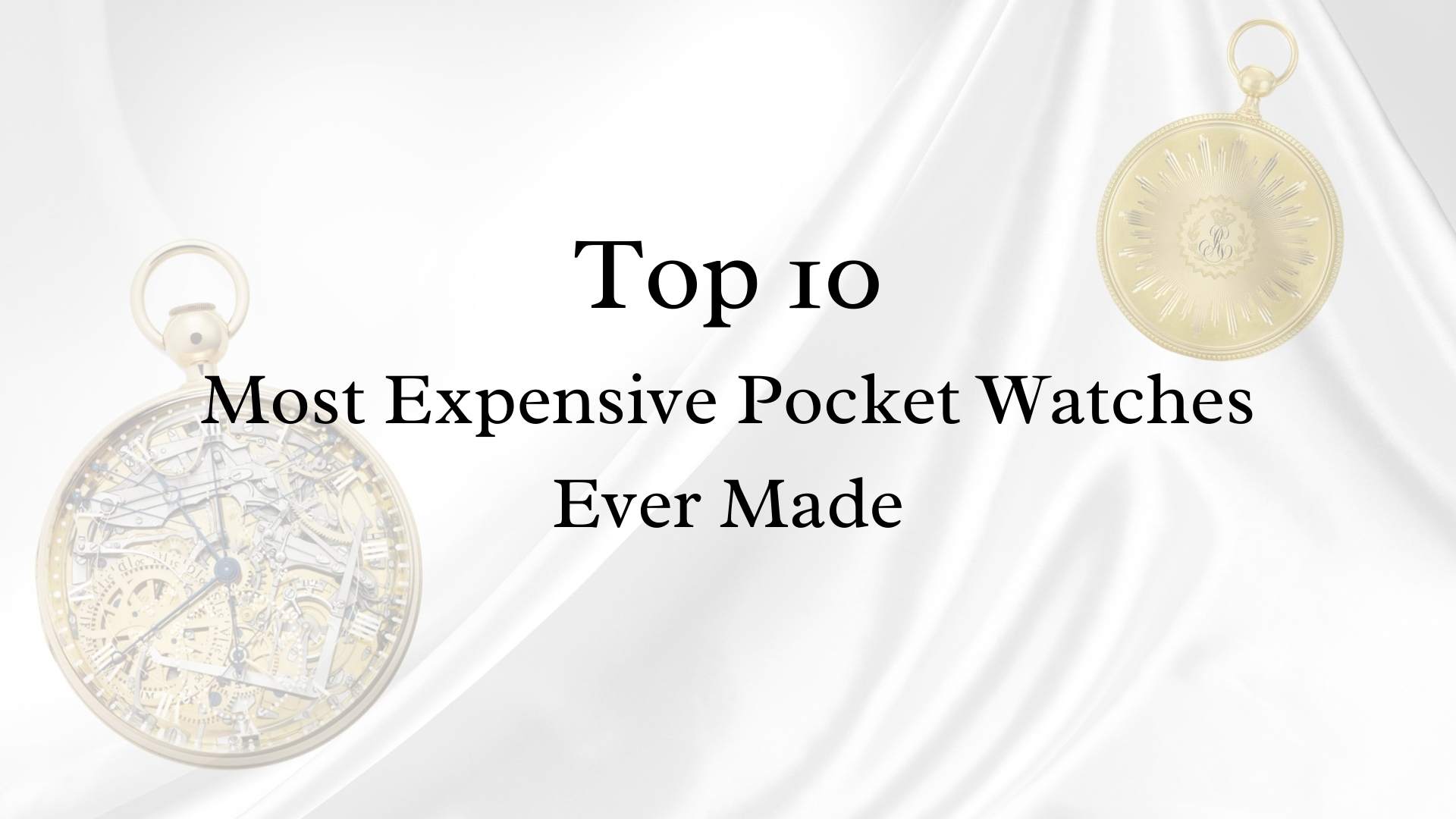 Apart from jewelry and cars, pocket watches are part of the rare things that the affluent use to express riches, luxury, and elegance. They’re a necessity to some, for others, they’re simply decorative accessories. But if you’re familiar with craftsmanship, pocket watches are some of the most sought-after gadgets, which have been attached to an incredibly enormous amount of money.

Pocket watches first appeared during an era when they were restricted to the powerful and affluent personalities only. This fact, combined with the notion that they’re history’s most popular accessories, it shouldn’t be a surprise that there are models that are almost unaffordable.

Have you ever heard of a 370-year-old watch? That’s right, the Jehan Cremsdorff Gold, Enamel, and Diamond-set Verge Watch is an old masterpiece made in the 1650s, making it a watch collector’s treasure.

The pocket watch today is part of the luxurious collection of watches by a German billionaire, together with the George Daniels Yellow Gold Space Traveler I. the watch has endured the test of time, only undergoing minimal enamel restoration.

Aesthetically, it’s striking, featuring a combination of gold, diamond, and precious enamel. Its construction is attributed to a mysterious Parisian enameller. The pocket watch’s outer case has champleve decorations with relief enamel to create an outstanding intricacy and lively flower motif.

Jehan Cremsdorff’s pocket watch was last seen in public in 1986 in Geneva where it was auctioned for CHF 1.87 million, about $1 million. Today, the watch is on display in Sotheby’s Treasures at an estimated price of $1.3 million.

If you’ve always wanted to own a royalty’s pricey possession, get ready to part ways with $2 million for the King George III’s pocket watch by Breguet.

The golden tourbillion pocket watch has an interesting backstory. It was first bought in 1808 by King George III and comes with a royal cypher engraving of the king. It’s believed that the watch was Breguet tourbillion’s first-ever commercial sale.

This pocket watch demonstrates Breguet’s craftsmanship and expertise in the ability to hide complex layers behind a somewhat simple design. It’s also an encapsulation of the importance of historic timepieces in today’s world.

If you’re an enthusiast of pricy jewelry, what rings in mind when you hear the name, Patek Phillipe? It’s a name associated with some of the world’s most precious watches, and the Patek Philippe Star Caliber 2000 ranks as one the most expensive pocket watches by the manufacturer, going for $4 million.

Star Caliber 2000 by Patek Philippe draws its name from the fact that it was created to mark the new millennium. It certainly had to be a unique and special one, thus the hefty price tag on it. This pocket watch features a combination of unique craftsmanship, precious component materials, and the striking melody of the Westminster Quarter Chimes.

George Daniels is a renowned brand name when it comes to unique priceless timepieces. And Yellow Gold Space Traveler I pocket watch is the manufacturer’s most expensive, having auctioned for $4.32 million.

This pocket watch is not expensive for nothing, it’s worth all the price tag put on it. It’s mechanically fascinating, as it operates on an independent double-wheel escapement, which allows it to show two different time zones.

After its completion in 1982, George Daniels sold it to Bobbinet, who was an English antique watch dealer. He later sold it at Sotheby’s auction in Geneva in 1988 for only CHF 220,000. The watch is one of the rarest and has never appeared in public again after its 1988 sale.

The Breguet brand is an old popular name, linked to several other expensive jewelries. The company started in 1775 and is operational to date, producing highly luxurious jewelry. The Breguet Antique Number 2667 is one of the rarest timepieces by the company, combining several precious materials to deliver a truly unique masterpiece.

For just $4.7 Million, the timeless Breguet Antique Number 2667 can be all yours!

Patek released it in 1989 to mark its 150th anniversary in fine craftsmanship. And to make it unique and pricy, the company made only four watches, namely Platinum, Yellow Gold, Pink Gold, and White Gold. The Patek Philippe Yellow Gold Calibre 89 featured at a 2009 Geneva auction where a popular Japanese buyer named Yoshida Matsuda parted ways with $5 million to be the new owner.

One of its noteworthy complications is the Easter indication, complicated by the fact that it’s astronomically determined and changes every year. With so much extensive craftsmanship in this pocket watch, it features a 41.07mm wide thickness and an 88.2mm diameter. You’ll have to part ways with $6.9 million to be the proud owner of the White Gold Calibre 89.

If you’ve never seen the combination of complex artistry and technology, the Vacheron Constantin 57260 is a true definition of finesse. This pocket watch is composed of 2,826 independent components, 57 complex minute art, and 242 jewels.

The intricate design took eight good years to finalize and present a unique magnificence. If you think you have the guts to afford it, just know that the maker hasn’t attached a price tag to it officially. But get ready to cough at least a whopping $8 million to initiate negotiations with the seller!

The Patek Philippe Supercomplication is one of the most expensive pocket watches ever bought at an auction. The watch was a custom manufacture request by Henry Graves Jr made in 1933. It’s a unique timepiece, which took five years to design.

It features a couple of precious inclusions such as gold, and over 25 complicated features including a celestial calendar, perpetual calendar, and a minute repeater. It also has the unique Westminster Chimes. The watch’s $24 million value was finalized through a 2014 Sotheby auction event in Geneva Switzerland.

If you’re a lover of precious jewelry, how far deep can you get into your pockets for a pricey craftsman’s chef-d’oeuvre? It’s said that this watch was a gift to the queen, built by Abraham-Louis Breguet with instruction from Marie Antoinette’s lover.

Breguet began the work in 1782 but his son completed it in 1827, that’s almost half a century! Yes, it took a whopping 45 years to construct this intricate piece of art. The queen never lived to receive her gift though as she was no more by the time her gift was ready.

Breguet Marie-Antoinette Grande Complication includes all the ever-known complications of those times. These include a perpetual calendar, chime, and a thermometer. The watch now resides in L.A Mayer Museum of Jerusalem. Do you think your pockets are deep enough to afford its auction price of $30 Million?