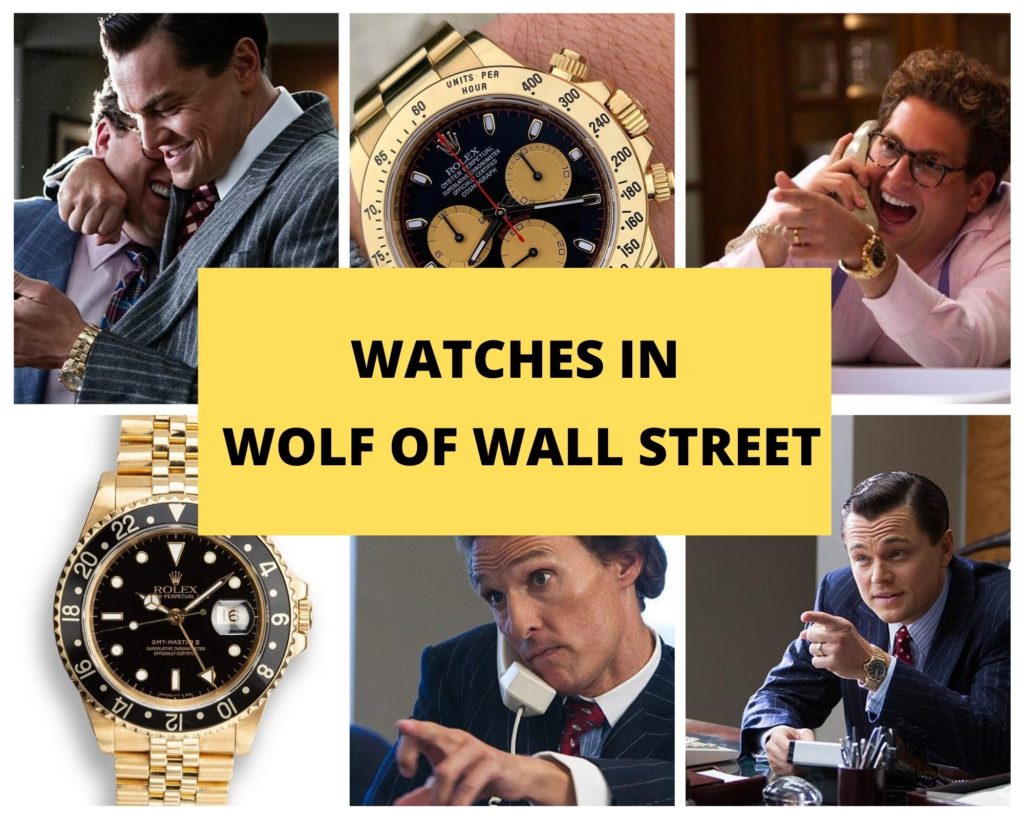 The watch itself is a very close look alike of the classic Rolex GMT Master II in 18k gold ref. 16718 with Jubilee bracelet. This is because many of the watches in the film are indeed Rolex watches, as the film’s director Martin Scorsese is a Rolex Ambassador.

One thing movie buffs will be surprised to learn is that the watch Leonardo DiCaprio is seen wearing isn’t in fact a Rolex.

Leonardo DiCaprio is a well known Tag Heuer ambassador, and as such actually wore a custom 18k gold Tag Heuer 1000 series timepiece. Unfortunately, this line of Tag Heuer timepieces was discontinued in the early 1990’s.

Matthew McConaughey played a crucial role in the life and development of the main character Belfort. The big-shot Wall Street guru is seen living in the lap of luxury, and flaunting it in the timepieces that he wears.

To honor this, throughout the movie, you can spot on McConaughey’s wrist two separate dual-tone Rolex Datejust watches in the classic 1980’s design. This powerful dual-tone design with the jubilee bracelet fits his character as a Wall Street giant perfectly.

Jonah Hill played the role of Belforte’s over the top and eccentric business partner Donnie Azoff. Azoff was known to be extravagant in everything he did, and was always attempting to flaunt his lavish Wall Street lifestyle. Because of this, his watch simply had to match his personality.

The film itself is a testament to luxury watches and that doesn’t stop with Tag Heuer watches and Rolex watches. In fact, many of the supporting cast can be spotted wearing simple yet elegant IWC Big Pilot watches as well throughout the movie. This should come as no surprise with DiCaprio being an ambassador for Tag Heuer, and the film’s director Martin Scorsese being a Rolex ambassador--the movie had to have some fancy watches!

What are other watches have you spotted? What did we miss? Let us know in the comments!

7 Watches That Look Like Rolex: Alternatives that won’t break your bank

Your Ultimate Guide to Buying Your First Tag Heuer