Compagnie des Montres Longines Francillon S.A., or simply Longines, is a Swiss luxury watchmaker based in Saint-Imier, Switzerland. Founded by Auguste Agassiz in 1832, the company has been a subsidiary of the Swiss Swatch Group and its predecessors since 1983. Its winged hourglass logo, which was registered in 1889, is the oldest unchanged yet still active registered trademark.

Longines began using the slogan "Elegance is an Attitude" in 1999. Their previous slogan, "The World's Most Honored Watch" was used for most of the 20th century.

In December 2018, World Wide Fund for Nature (WWF) released an official report giving environmental ratings for 15 major watch manufacturers and jewelers in Switzerland. Longines, along with 7 other manufacturers including Omega, Rolex and Tissot, was given the lowest environmental rating as "Latecomers/Non-transparent", suggesting that the manufacturer has taken very few actions addressing the impact of its manufacturing activities on the environment and climate change. 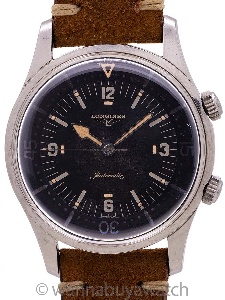 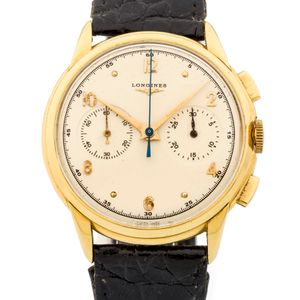 How much is a Longines watch?

Longines was founded in Saint-Imier in 1832 by Auguste Agassiz, a Swiss watchmaker and brother of biologist Louis Agassiz. Auguste had two partners, lawyers Henri Raiguel and Florian Morel, and the company's original name was Raiguel Jeune & Cie. By 1846, Raigeul and Morel had retired from the watch industry, leaving Agassiz as sole company head. Several years later, Agassiz brought in his bright, enterprising nephew, trained economist Ernest Francillon, into the business. Francillon was the mastermind behind several impressive innovations that would distinguish the company from its competitors. One early stroke of genius from Francillon was to solely produce crown-wound pocket watches rather than the prevalent key-wound alternative. Later, when Agassiz started suffering from ill health, he passed leadership to Francillon.

Under Francillon, the company began segueing out of the établissage system and moved towards more modern production methods. Francillon solidified his firm’s progression to mass production in 1867 by establishing his first factory. Its location, an area in southern St. Imier known locally as Les Longines (“long meadows”), gave rise to the Longines name. To help further his efforts to improve the production at Longines, Francillon brought on Jacques David, a talented engineer. In addition, Francillon appointed David as Technical Director and put him in charge of the new factory. By 1867, it was also marked the year the Longines factory produced its first in-house watch movement, the 20A. The 20A, built with an anchor escapement (usually employed in pendulum clocks), was wound and set via a pendent crown. The innovative movement won an award at the 1867 Universal Exhibition in Paris.

Several years later, the U.S. watchmaking industry was earning fame worldwide for making great strides in industrialized watch manufacturing. Francillon sent Jacques David to the 1876 World’s Fair in Philadelphia to gather new ideas and strategies from the Americans. Upon returning, David wrote a comprehensive 108-page report on what he had learned about American watch production. This report is considered one of the most significant documents in watchmaking history. It detailed the inner workings of American watch factories, including the entire production process from raw materials to finished watches. Additionally, David also shared the highly-effective internal structure and quality control measures implemented in these factories. In his analysis, David concluded the Swiss watchmaking industry needed to change significantly to keep pace with American competitors. Longines Serial Number 183 "Attesa" date 1867 Longines caliber 20H On November 6, 2018, Longines announced the discovery by Seiji Lépine of serial number 183 dating the watch to October 23, 1867. This is currently the Oldest Longines watch known in existence. The caliber is an August Agassiz 4 (AA4).

Related Articles
Top 5 39mm Watches Ever Made - The Great Oyster Perpetual 39 Rolex Alternatives Where Cuervo y Sobrinos Watches Are Manufactured? 15 Luxury Watches with Green Dial for Men 2021 Watches for Investment Bankers: Spotted on Wall Street Why Is Roman Numeral IIII and Not IV Used on Clocks and Watches? Quartz vs Mechanical Watches: What’s The Difference?