Richard Mille is a Swiss luxury watchmaking brand founded in 2001[1] by Dominique Guenat and Richard Mille, and based in Les Breuleux, Switzerland.

The RM 056 split seconds (chronograph tourbillon) is distinguished by its three-part all-sapphire skeletal case. The RM 056 is completely see-through and is the first watch case to be completely built from sapphire, with a limited edition five pieces of the Richard Mille RM 056 Felipe Massa Sapphire priced at US$1.7 million. The RM 056 was declared best watch of 2012 at the Salon Internacional de Alta Relojería watchmakers' exhibition in Mexico City in October 2012 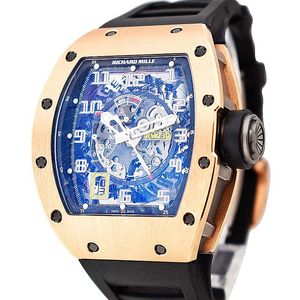 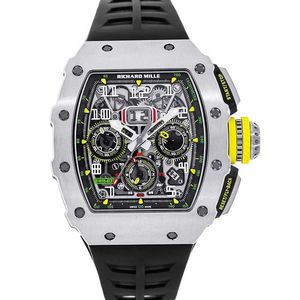 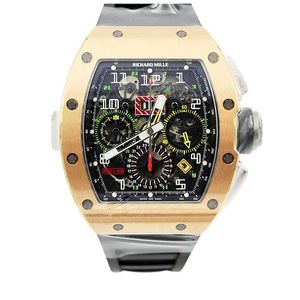 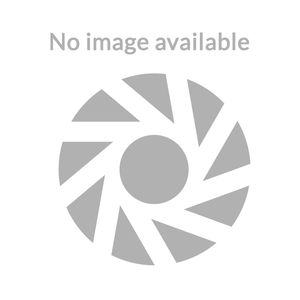 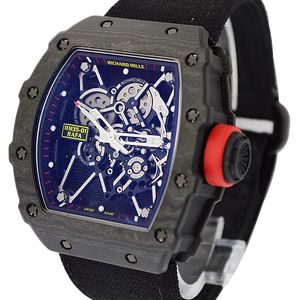 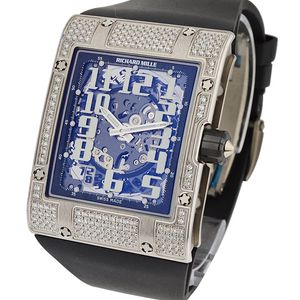 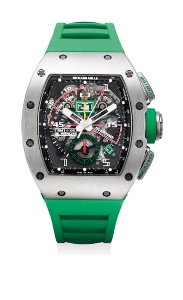 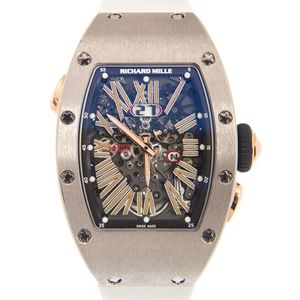 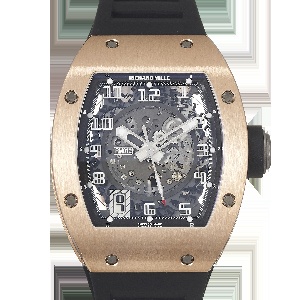 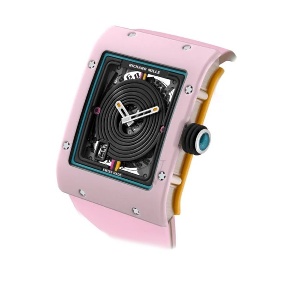 How much is a Richard Mille watch?

Following a disagreement about commercial strategy at Mauboussin, where he was a shareholder, Richard Mille left his position as General Manager of the watchmaking division of the Place Vendôme jeweller and decided to launch his own range of watches. In late 1998, he presented his plans to his friend Dominique Guenat, owner of «Montres Valgine» (Guenat SA - Montres Valgine), whom he met in 1988 while working in Besançon for Compagnie Générale Horlogère (CGH) and with whom he worked on watches for Mauboussin. The professional relationship between the two men soon grew into a great friendship, fuelled in particular by a shared love of cars, aeronautics and mechanics. Then they decided to go into partnership together in order to enhance and launch their plans for a new watch brand with the support of Lucien Tissot, a lawyer specialised in the watchmaking industry.

In early 1999, Richard Mille and Dominique Guenat drew up their plans and the basis for the Richard Mille brand, in partnership with Guenat S.A. Montres Valgine and APR&P (Audemars Piguet, Renaud et Papi). Over the next two years, they defined their brand concept, combining the worlds of cars, aeronautics and sailing with the high-tech aspects of innovation, resistant materials and accuracy. After this, they began designing the future Richard Mille watches and subjected them to reliability and precision testing. Dominique Guenat and Richard Mille then founded Horométrie SA – their operating company for the new Richard Mille brand – as equal partners, registered on 23 October 2001 in the Swiss registry of commerce (wholesale of watch and jewellery items). They then founded the Richard Mille watchmaking brand in collaboration with Swiss watchmaking Manufacture Audemars Piguet, which became a Richard Mille shareholder in 2007.

After three years of research and prototypes, the Richard Mille brand presented its first watch, the RM 001 Tourbillon at Baselworld in 2001, the world watch and jewellery show held in Basel, Switzerland. This manually wound mechanism was fitted with a ribbed tonneau-shaped case that revealed the mechanism, the main features of the brand's visual identity, and included a tourbillon calibre, a power-reserve indicator and a torque indicator. The strap was made from leather and the crystal from mineral glass, and it had a water-resistance of up to 50 metres.

Then, in 2002, Richard Mille presented the RM 002, a technological development on the first model and the first watch in the history of watchmaking to feature a titanium baseplate. This was followed later that year by the RM 003, a dual time zone tourbillon, and by the RM 004 flyback chronograph in 2003.

In 2005, the watch brand launched the RM 007, the first ladies' watch in the Richard Mille collection.

Richard Mille soon made a name for itself in the luxury and ultra-luxury watch sectors thanks to its innovative materials and technology, joining the Fondation de la Haute Horlogerie in 2007.

In April 2013, Richard Mille and Dominique Guenat acquired a 90% stake inPrototypes Artisanals SA (with former director Alain Varrin retaining a 10% share). Founded by Marco Poluzzi, the company became «ProArt» and moved to a 3,000 m² building in Les Breuleux built for the production of watch cases and prototypes. Following the sale of case supplier Donzé-Baume to Swiss luxury group Richemont in 2007, the Richard Mille company began to invest in machining its own cases and some of its watch components. ProArt thus began to operate as an exclusive subcontractor to the brand.

In 2013, the French luxury world group Kering, controlled by François-Henri Pinault, made a proposal to buy the watch company to acquire 51% of the shares. But the proposal was rejected. Richard Mille remains independent.

On 27 September 2018, Richard Mille announced it would be withdrawing from the Salon international de la haute horlogerie (SIHH) in Geneva after the 2018 edition, like its shareholder Audemars Piguet, as the show no longer corresponded to the brand's distribution strategy.

In October 2018, Richard Mille opened its largest store in New York. It is the brand's sixth store in the United States, with a surface area of 390 m² and is located on 57th Street, at 432 Park Avenue, in the second highest residential tower in the Western hemisphere. The facade is almost 10m tall, and reveals a glass sculpture formed of 24 individually engraved panels depicting the tourbillon movement of the RM 008. The complete structure weighs 16,700 kg.

At the end of 2018, the brand presented Richard Mille's first creation entirely supervised by a woman, the RM 71-01 Automatic Tourbillon Talisman equipped with the new «CRMT1» automatic caliber house.