What caliber does Cuervo y Sobrinos are using? 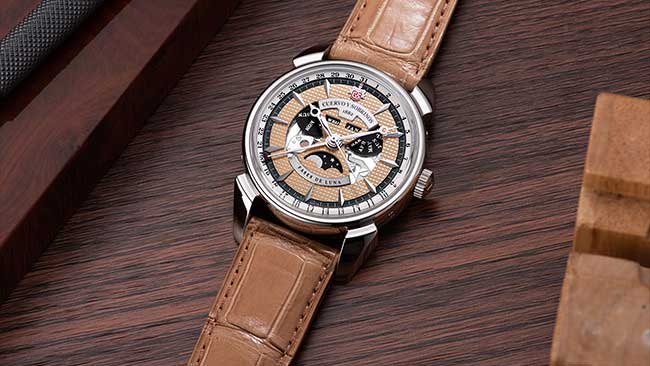 Have you ever thought about how a watch or clock works? What triggers the handles to move according to specific intervals that indicate the time? How do watch manufacturers create this mechanism that makes the watch tell the correct time?

The answer to all these questions is the caliber. If you have never heard about this word before, then, here is all that you need to know to understand the idea of watches.

In the past, the word caliber referred to the size of the movement only. However, it now refers to the whole mechanism of the movement. In fact, it is used interchangeably with the word movement to refer to the same thing.

Furthermore, watches now have unique calibers identified by specific numbers that tell how the internal mechanism works. The same caliber can be used for different watches, however, many manufacturers, especially of the high-end watches, tend to use their unique calibers or identification numbers.

If you own a Cuervo y Sobrinos watch or any other watch and want the caliber, this is very easy. You just need to look back at the case of the watch, the caliber should be engraved on the back.

Cuervo y Sobrinos is a luxury watch brand founded in 1882. The headquarter is now located in Switzerland where the produced watches are obviously affected by the nuanced and sophisticated Swiss craftsmanship.

Looking back through the history of Cuervo y Sobrinos, the roots of this brand are in Latin. The name came from Armando Rio Cuervo who wasn’t the founder as many people think. Alternatively, the company was his uncle’s but he worked from the beginning of the 1900s to expand the company. It soon became a well-known brand for luxurious jewelry and watches. The company was then named Cuervo y Sobrinos which means Cuervo and his nephews.

Later, the company gained popularity when important men started to wear its watches. Some of those nobles were Winston Churchill and Ernest Hemingway. Also, people like Albert Einstein wore Cuervo y Sobrinos watches. The peak of its popularity was throughout the 50s. However, in 1959, the brand had a great failure and it disappeared completely. Yet, this failure was related to political issues, not a problem with the brand itself.

In 2003, the brand was relaunched at Baselworld showing a new collection that features contemporary designs. The current president decided to return back to Havana which was the original birthplace of Cuervo y Sobrinos. The brand had a shop and a museum named The Boutique Museum to show off the new collection.

However, today, Cuervo y Sobrinos is manufactured in Lugano in Switzerland. However, it is still inspired by the Latin roots from Havana. Combining the meticulous care for the very fine details of the Swiss-made watches with the aesthetics of Havana’s art, Cuervo y Sobrinos became a renowned brand name that many people will go for.

Back to the topic of calibers, Cuervo y Sobrinos is one of the luxurious watch brands that design its own calibers. The brand has many watch models and each model has more than one version. So, it is not only one caliber but many of them for Cuervo y Sobrinos watches.

Other models that are less common include the Robusto Tricalendografo Luna Squelette which uses the DD 9000 caliber and Torpedo Historiador Semanal Ltd. Ed. using the CYS 2853 caliber.

The choice of calibers actually depends on many things including the style and design of the watch. It also depends on the functionality, in other words, what makes the watch more practical and working better.

The CYS 4008 caliber is one of the calibers invented by Cuervo y Sobrinos. Most of the new models of the Cuervo y Sobrinos were based on older vintage ones. Thus, they are not totally new, however, they still have the modern touch.

One of the examples to show this twist is the Historiador Landeron model. This model basically took its inspiration from the Landeron 248 movement. The 248 movement or caliber, in turn, was based on another innovative caliber known as the Calibre 48. Hence, it shows how Cuervo y Sobrinos build on each previous model to come up with an up-to-date design.

The Caliber 48 was invented in 1946 even before the company closed and reopened. This movement was very sophisticated at that time and was considered an innovation. Later, in the 1950s and 60s, the Landeron 248 was developed. Now the CYS 4008 caliber is the current caliber used in today’s watches.

Now, the Historiador Landeron model using the CYS 4008 is considered a sophisticated watch full of details and innovation while keeping the conservative design of the old Cuervo y Sobrinos models.

Another type of movement used by more than one watch from Cuervo y Sobrinos is the CYS 5157 caliber. This caliber, in particular, is usually tied with the Cuervo y Sobrinos Segundos Pequeños. The design of the watch itself was inspired by an older model from the 40s whereas the caliber is used specifically for Historiador models.